The Wellcome Trust Sanger Institute is one of the world’s leading genomics research centres. It was the UK home for the Human Genome Project – which revealed the entire DNA code of life.

In celebration of its 25th Anniversary, the Institute is going to decode the DNA of 25 UK species for the first time…and you can vote to decide 5 of them!

From 6th November – 8th December, a team of scientists and wildlife experts will each champion a species they think should have its entire DNA sequence decoded.

We need you to…

The winning species in each Zone will have its entire DNA sequence decoded by the Wellcome Sanger Institute!

Why sequence a genome?

Research from the Human Genome Project has started a revolution in healthcare – from developing new cancer therapies and better diagnostic tests to online genetic testing services. 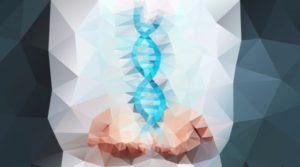 Every life form has a genome, from plants to animals, bacteria to fungi, and scientists are now turning their attention to an even bigger challenge – to sequence all life on earth. 25 Genomes will be the Sanger Institute’s first contribution to this global effort.

All genomes sequenced will be novel – never sequenced before – and they will be the reference genome for that species. A genome that can be used to compare against other species, and individuals within that species.